Maddi is fighting SPG15 disease, a rare life limiting condition with no cure 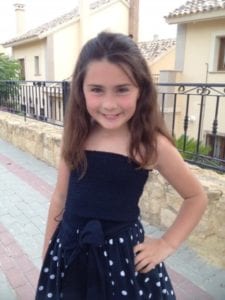 Watching Maddi skating on the ice, spinning and dancing filled me with happiness; her smile was so infectious enjoying life, with no worries at all. She loved to ice skate and was determined to spend many years enjoying this hobby and was looking forward to taking more exams to excel in her skating..

When Maddi turned 14, she suddenly developed a slight limp but it wasn’t bothersome at all.  Within a matter of a few months, things began to change, she struggled with her walking, kept tripping up and falling over.

We had no idea what was going on, we had her assessed by neurologists at Great Ormond Street Hospital, London. After having an MRI scan, it revealed anomalies in her brain.  The doctors, were uncertain of what the cause of these anomalies were so began to investigate more to find out. Further tests were done to see if there was a genetic cause, anxiously waiting weeks as she underwent rounds of DNA testing at the Hospital. 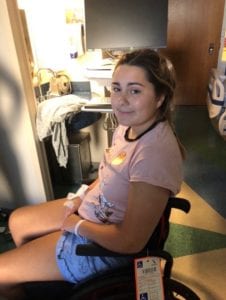 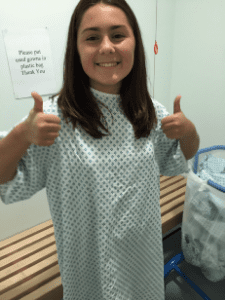 We had a diagnosis of an ultra rare disease

The Doctors explained at first Maddi might have a rare fatal condition called Krabbe Disease, this was so shocking, they told us she would be the only teenager in the country with this disease and a bone marrow transplant would be her only option. But the doctors were still unsure if this was correct and there was even further testing with Maddi. Eventually was diagnosed with a rare motor neuron disorder – Spastic Paraplegia 15 (SPG15).

We learned that SPG15 is a neurodegenerative disease which can cause severe disability, Spastic Paraplegia in all the limbs and being confined to a Wheelchair in the early years. She could develop Juvenile Parkinson’s as the disease slows down the brain and Degeneration in her eyesight! We were told there was NO cure! At any time her life can be cut short.

“What can I say, she’s always smiling even when she is not having a good day…

After being told Maddi had one fatal disease to then then be told two months later she was misdiagnosed and she had  another serious motor neurone type disease, I found myself feeling helpless and devastatingly upset! But to see how strong Maddi has been through all of this and how she is coping with living with such a progressive disease brings me back to reality of what a great girl she is.”

Today she is working as hard as she can to keep her strength up with physio sessions, sometimes this proves very difficult as the disease is progressing and she can’t always manage to do this.

Researchers believe an experimental Gene Therapy could cure SPG15, as very recent genetic therapies are able to STOP and even REVERSE other similar genetic diseases.  We have scientists working very hard to make this a possibility for SPG15 and other similar types of diseases. 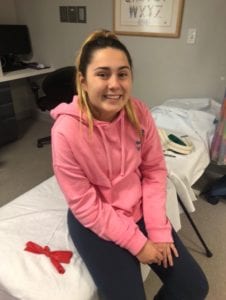 We need your help now

Every penny counts. Your generosity will fund vital research and treatment efforts in the hope of not only stopping progression of SPG15 but also finding a cure. This will open the doors hopefully to help other similar orphan diseases.

Donate to be part of a cure.

This website uses cookies to improve your experience while you navigate through the website. Out of these, the cookies that are categorized as necessary are stored on your browser as they are essential for the working of basic functionalities of the website. We also use third-party cookies that help us analyze and understand how you use this website. These cookies will be stored in your browser only with your consent. You also have the option to opt-out of these cookies. But opting out of some of these cookies may affect your browsing experience.
Necessary Always Enabled
Necessary cookies are absolutely essential for the website to function properly. This category only includes cookies that ensures basic functionalities and security features of the website. These cookies do not store any personal information.
Non-necessary
Any cookies that may not be particularly necessary for the website to function and is used specifically to collect user personal data via analytics, ads, other embedded contents are termed as non-necessary cookies. It is mandatory to procure user consent prior to running these cookies on your website.
SAVE & ACCEPT